As one of the predominant suburbs that make up Chicago's North Shore region, the Village of Deerfield is located on the border of Lake and Cook Counties and has a population over 18,000. The spacious suburban character, superlative schools and quiet atmosphere of Deerfield's residential neighborhoods are among the community's greatest assets.

The Village of Deerfield enjoys a strategic location on Chicago's North Shore - ideal for commuters and business relocation. "The area's advantageous location places it near two major metropolitan areas and the conveniences, culture, and employment opportunities that come with them. Chicago's bustling Loop can be reached in an approximately, 45-minute drive, while Milwaukee, WI is accessible within about an hour of the [Deerfield] region. In addition, the shores of Lake Michigan can be discovered less than five miles to the east."
Source: VillageProfile.com

Commuters enjoy a quick, efficient network of interstates, U.S. highways, state routes and local thoroughfares. Metra Rail service - with two stations in Deerfield - provides rapid transit to Chicago and a wealth of surrounding suburbs. O'Hare International Airport is a 15-mile drive away, and Midway Airport can be reached in about an hour.

Deerfield has a strong sense of place with economically vibrant commercial areas and gathering places for residents. The Village Center serves as the focus of community life in town, as it is within walking or bicycling distance of virtually all of Deerfield's neighborhoods. The village has approximately 11.4% of its land dedicated to parks and open space. The public parks scattered throughout the village provide a variety of amenities and activities for residents.

The Deerfield Park District "oversees more than 350 acres of land within 20 park sites, along with the 18-hole Deerfield Golf Club in Riverwoods, two outdoor pools, a nature area and a skate park. Likewise, its programs and services have grown and evolved in order to meet the ever- changing needs of area children, adults, and families."

"The Deerfield Fine Arts Commission has been a vital participant of the Deerfield Festival of Fine Arts. Featuring artists from all over the country and Europe, the festival has garnered much success in its history."
Source: VillageProfile.com

"Community Services Day in September provides a day filled with games, entertainment, and engaging educational demonstrations. Many community service organizations take part in this event in an effort to teach the community about the services they make available to residents."
Source: VillageProfile.com

"As the snowflakes begin to fall, Deerfield gets revved up for the Winter Celebration, taking place the second weekend after Thanksgiving. Held in downtown Deerfield, the Village Center blooms with festive entertainment, a varied choice of fine restaurants and local eateries, holiday deals in the downtown shops, and much more. This winter wonderland is reminiscent of a favorite holiday movie complete with roasted chestnuts, photos with Santa, sleigh rides, reindeer, sparkling lights carolers, and baked goods."
Source: VillageProfile.com

Ryerson Woods, an expansive forest preserve in neighboring Riverwoods, spans 552 acres of unspoiled native land with 6.5 miles of scenic trails, a variety of endangered wildlife and plant species, and year-round programs for children and adults.

Shopping and dining opportunities are plentiful and convenient in Deerfield, with a bustling network of shops and stores at Lake Cook & Waukegan Roads, big box stores at Deerbrook Mall, Deerfield Park Plaza, and Deerfield Square.

Popular nearby destinations include the Chicago Botanic Garden in Glencoe, and Ravinia Festival in Highland Park.

"Township High School District 113's student body is composed of 3,640 students who attend one of two high schools—Deerfield High School or Highland Park High School. Students regularly go above and beyond the statewide averages for test scores. In fact, the class of 2008 earned the district's highest ACT scores in the last five years. Additionally, more than 95 percent of the graduating students in 2008 have continued on the path to higher learning."
Source: VillageProfile.com 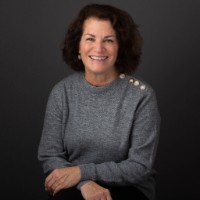 Your "Go To" Agent in the Lake Bluff/Lake Forest Market!